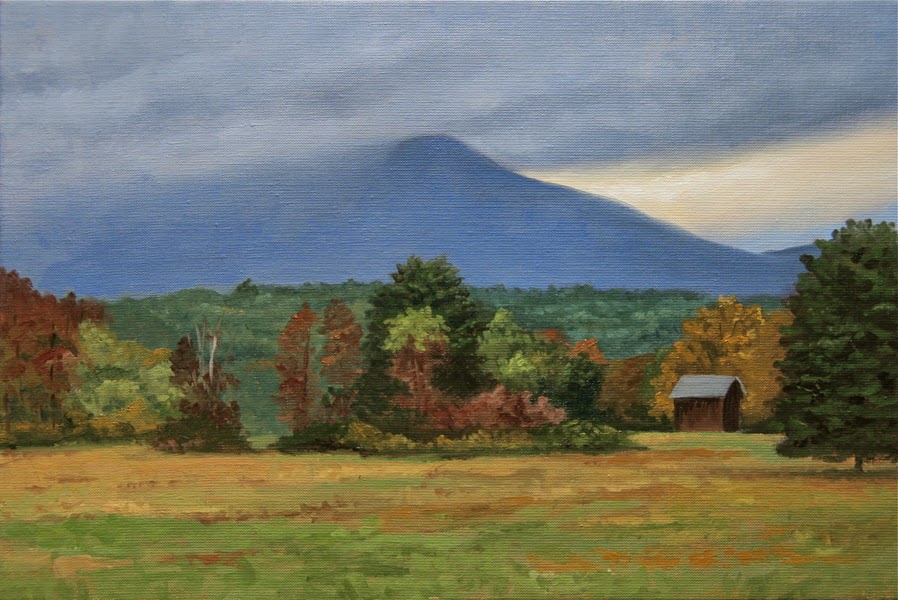 I don't think there was a better way of spending the last weekend of summer than to paint in upstate NY. Temperatures dropped dramatically on Saturday morning; my body was not ready for it. It was in the high fifties, perhaps very low sixties, but by the way that I froze while painting this one landscape it might as well have been in the thirties. The intent was to capture the fog covering part of the field bellow, which I have witnessed in person earlier in the summer, but on this morning the effect was the opposite. Heavy clouds and fog loomed right over the Catskill Mountains, and as I painted, the thick sheet of dark grey clouds broke away, letting some of the morning sun shine through. There is magic in the light of the Hudson Valley, it is no wonder that a big school of painters found their inspiration for countless masterpieces there. 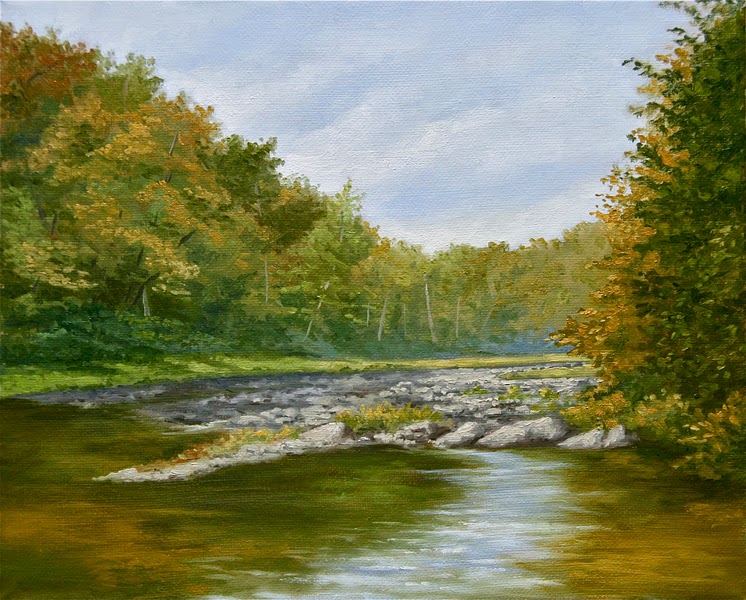 The day got better and the sun came out by the time I set up in the second spot in Esopus Creek. It was no longer cold. As a matter of fact I had layered two sweaters on top of a long sleeve shirt and doubled up on my socks just to stay warm, but to my surprise the afternoon warmed up and the soft sun cast a light glow by the water. Everything was quiet, just like Kelis sings in Acapella "the silence was too deafening."  I heard every leaf fall around me, and little frogs jump in and out of the water. This city boy is not used to the sounds of the country and I must say I did not put on headphones just so that I was aware of any little creature that might approach. Scary silence or not, I was in heaven. 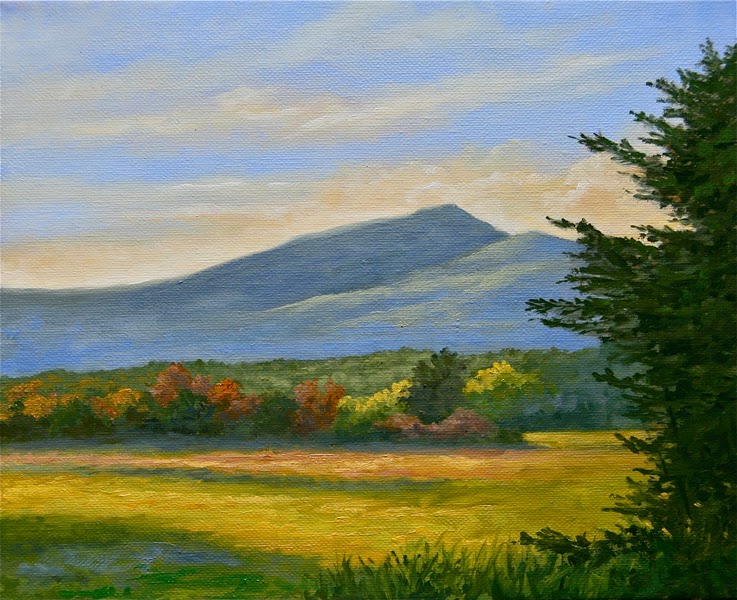 The third painting was a last minute impulse. I didn't think I would have enough time to paint on Sunday afternoon, and as the minutes rolled by the light kept changing and enticing me. In the back of my mind I guess I was waiting for the right golden glow of the Hudson Valley sunset, which I did get and I had to jump on it. Knowing that I had very limited time forced me to focus and to make decisions faster and run with them. Again, the light in this area of New England is incredible and I was happy to get to experience it one last time for this summer.
Posted by Luis Colan at 6:33 PM No comments: Links to this post