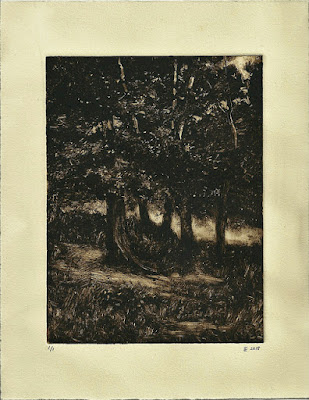 I'm going through all my prints trying to choose the best ones for an upcoming monotype pop-up exhibition I will be putting together with fellow painter and printmaker Robert Szot.  I have so much work it is beginning to feel overwhelming, and in the process of figuring things out I realized that I fell behind on posting said work on both this blog and my website. 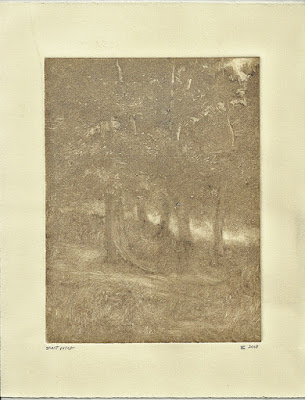 So now I'm playing catch up, slowly uploading work on both sites, who knows maybe this may help the process of choosing a good and cohesive group of prints for this show. 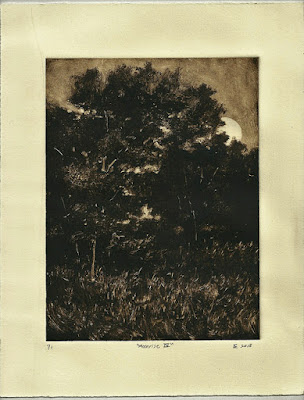 No specific details on the pop-show as of yet, only that we are shooting for September and we are looking at the Lower East Side of Manhattan for a venue.  Soon as more information becomes available I will be posting it on here. 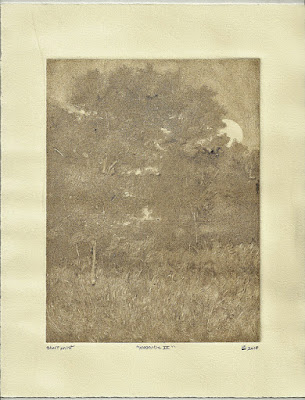 For now, I present here some prints done a few months ago.  As always thank you for following my work and my "up to's." 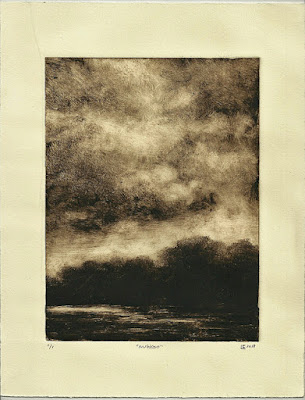 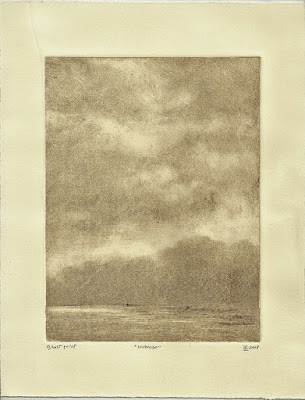 Posted by Luis Colan at 1:31 PM No comments: Links to this post

A Touch of Sanguine 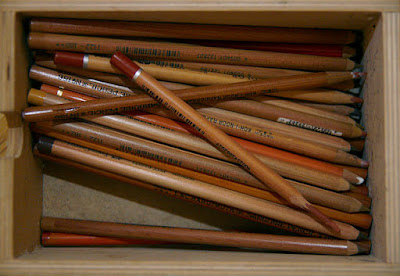 Meet my little wood drawer of sanguine pencils which I have been collecting for many years.  After sitting in their little confined dark space they have seen the light and I don't think they are going back in for quite some time. 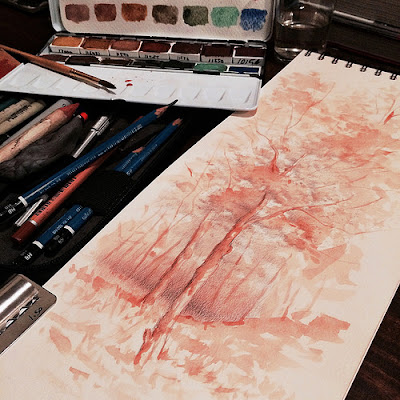 Sanguine, and earthy red colors in general, have taken center stage in my drawings, a welcome change since I mostly stick to graphite pencils.  Recently I worked on a drawing using a red/orange ochre watercolor from a set I hand ground, finished off with some graphite to define shapes and add depth.

The finished product is this piece which I admit was a very freeing experience.  I let the watercolor run and do its thing and then pulled shapes out of it until I arrived at this composition.  The use of watercolor with other drawing media is not a new concept, for hundreds of years artists have been using this technique, but I have never tried it myself.  It's a new thing for me and I think there will be more of this approach to drawing in the near future. 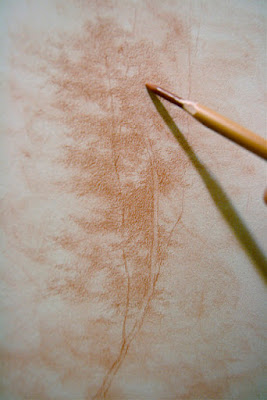 Back to the sanguine pencil.  Again this is not a new material, artists have been using red chalks and sanguine pencils for centuries.  My first taste of art as religion was when I came across a Michelangelo drawing for one of the figures in the Sistine Chapel, and as you may have guessed, it was done in a red chalk. 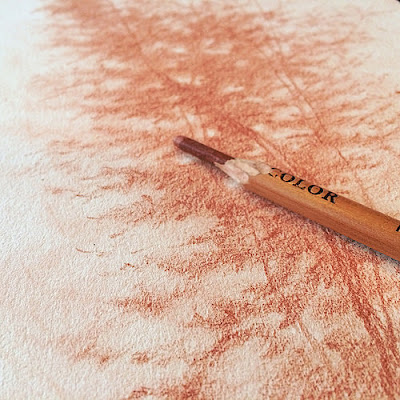 As I mentioned earlier, I have a preference for graphite pencils because I have better control of the material and I love the subtleties of tone I can achieve and how vibrantly sketchy it can be when you want it to be.  But thanks to the recent Michelangelo drawing exhibit at the Metropolitan Museum I decided to give this drawing tool another go.

I must admit, I think I'm mastering this thing, perhaps not like Michelangelo, but better than my past experiences.  Besides, I don't think anyone could get to the level of the Divine Michelangelo, he was one of a kind. 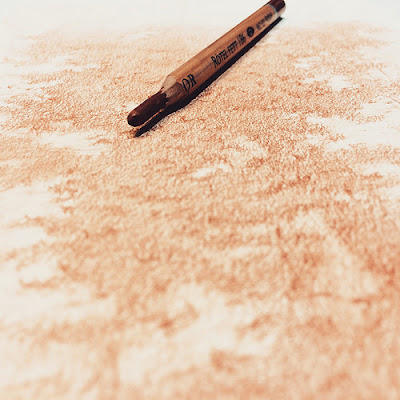 Speaking of Buonarroti, and his contemporaries, the drawings they were doing then were created using a natural red chalk, which over time it came to be known as the color sanguine because of its resemblance to dried blood.  These natural chalks had a warm orange intensity which I love, but it has been very hard to find something in modern drawing materials that would resemble it.  I think the modern counterparts look more like dried blood than the original chalks. 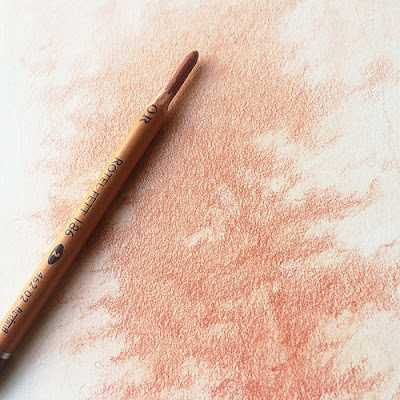 Some of my pictures here make these drawings seem like they have that orange vibrancy, but the fact is that most sanguine chalks and oil sticks these days are either darker or cooler in tone.  Last year I was using Faber Castell sanguine oil pencils but I disliked its pink color. 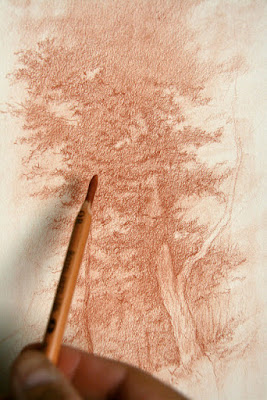 Then I found Cretacolor's sanguine oil pencil and it was closer to the orange earth tone I like.  All manufactures use different red earths to make their sanguine pencils, trying to find one that comes close to the natural red chalks of the Renaissance can be very tricky.  Although I'm enjoying this Cretacolor sanguine I'm still on the look out for a warmer tone.  If anyone out there knows of a brand or two that has the color quality I'm looking for please leave a comment and share the wealth.

In the meantime, I leave you with recent drawings and their process photos…all this talk about red chalks and sanguine is giving me an idea for a follow up post…stay tuned.
Posted by Luis Colan at 11:18 PM No comments: Links to this post