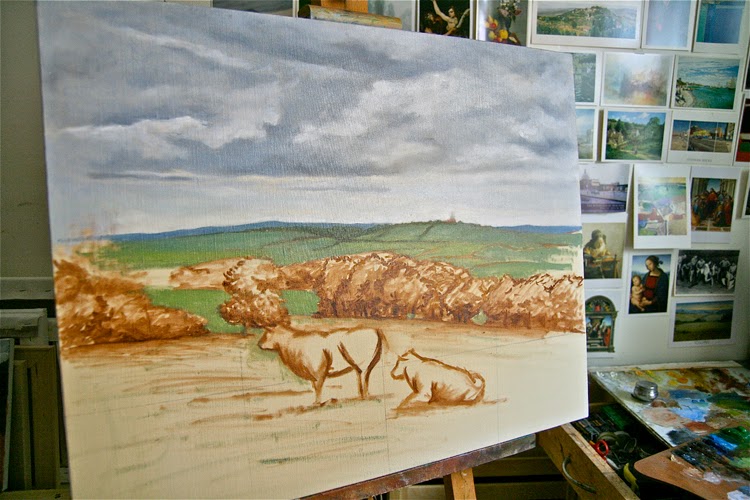 For the last two months I have been working on this painting of Ireland, which began out of necessity for an exhibition. I thought I would have a month to complete it, but after receiving the email with the details for the show I found out that I had two days to submit images. I was not going to give up and I thought I would get it done in two weeks, but as usual it is taking longer than anticipated. 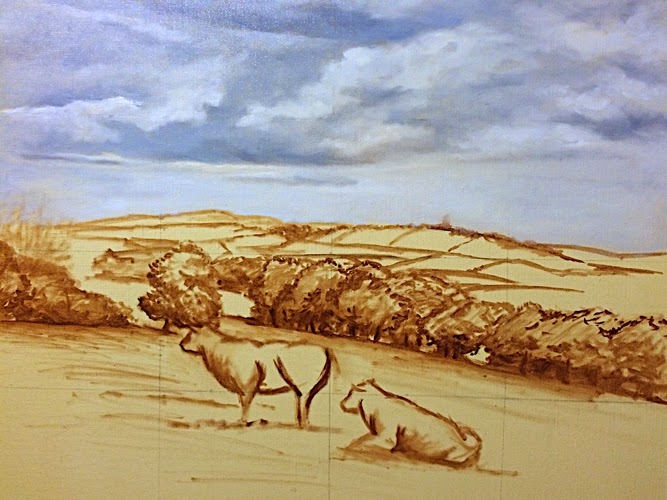 The original canvas was a 20x24, but something about it didn't feel right. I think it was too cramped. The composition was developed from a quick sketch I did on site in Ireland, and from a reference photo. I took both made a drawing which I then gridded, and transferred to the final canvas. 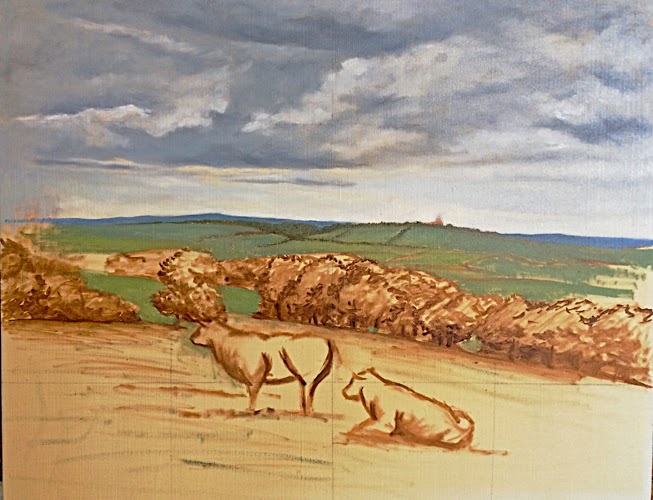 After two days of work I was confident that I would get this painting done quickly. The looseness of the paint was a nice change from the tighter, more controlled way I tend to work.The images above show the progress of the first two days, when I felt I was on a roll. 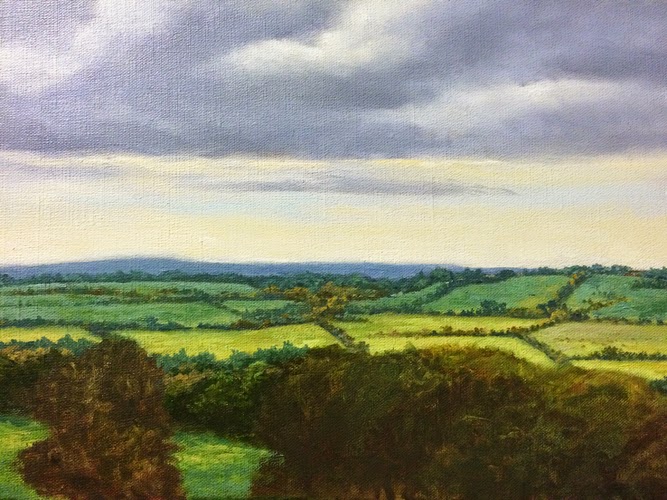 Soon, things changed and I began to get more detailed. The main focus has been the depth of the horizon and the clouds above. They have been reworked a number of times. 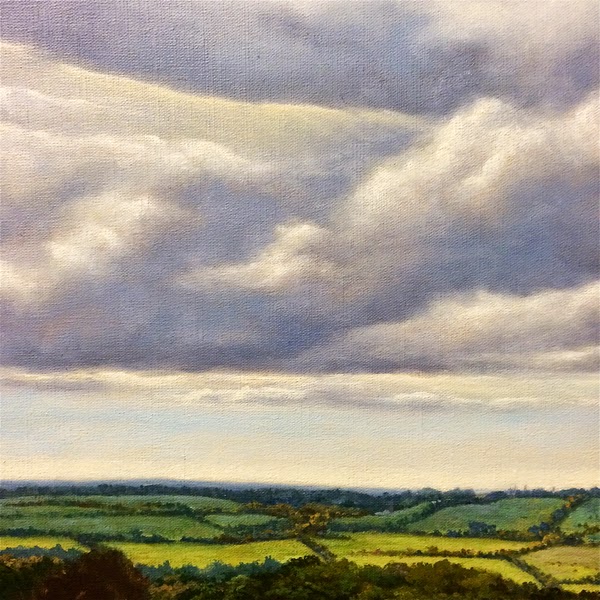 Above, I began introducing pale grey rose tones in the clouds. I was trying to warm them up since I had used too much blue and not much else to bring variety to the colors and shades. By this point I have also reworked the horizon line, again! The blue hills in the back are less round and they blur out a bit more. 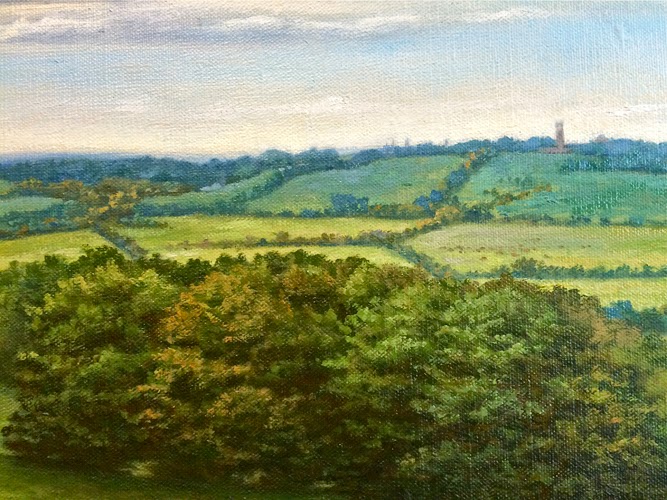 I reached a point when I can't work on the background any further, and have made my way to the middle ground and foreground. 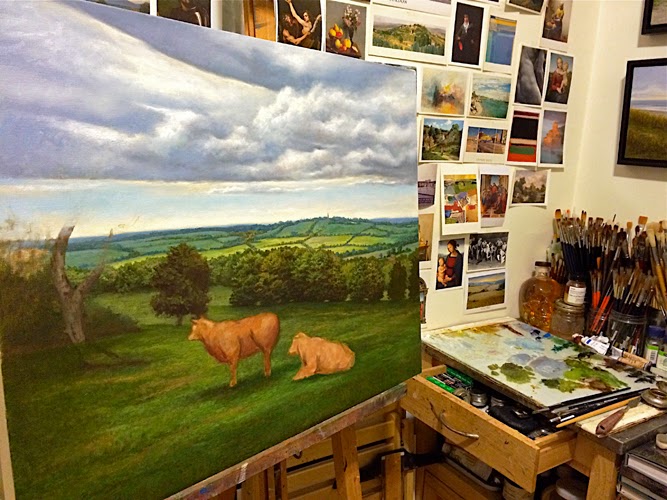 After seeing a Constable painting that's on loan to the Frick Collection I became more inspired and kept thinking about it constantly as I worked on mine. I thought that adding a Constable like tree on the right side of the painting would help the composition, but after a few days of living with it I decided to paint it out. Again I found myself working on the clouds and background, trying to cover the tree. 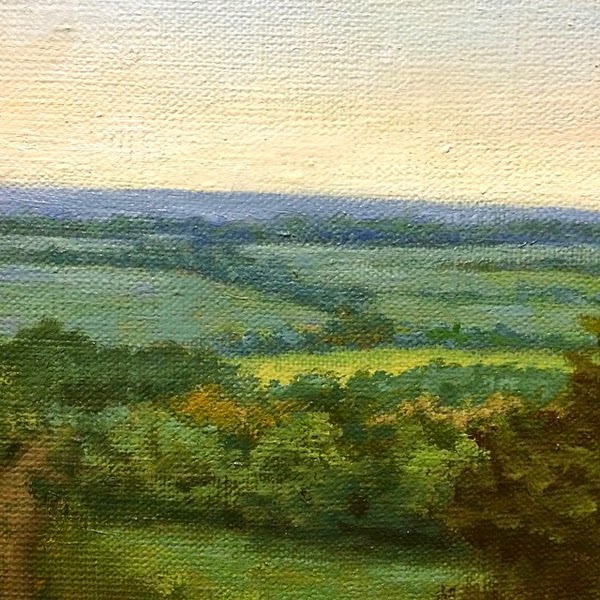 I have taken a break from this painting in the last week, it's always best to set things aside and look them with fresh eyes before you end up killing the whole thing. Let's hope it doesn't sit around in my studio untouched for another year! More to come.
Posted by Luis Colan at 5:40 PM No comments: Links to this post 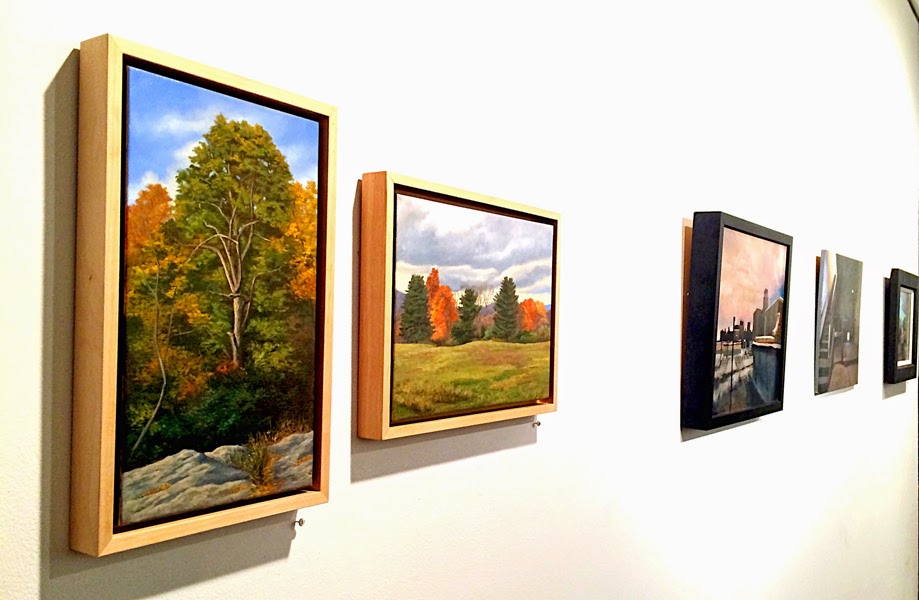 It has been a very busy end of year, I'm still trying to catch my breath from all the happenings, which were all good and I'm very thankful for. In November I had a solo show at the New York Public Library (115th St branch), followed by a group exhibition in December at Denise Bibro Fine Art, which is up until the end of this month.  Two weeks ago I had three more paintings up at the Salmagundi Club for the yearly Juniors Scholarship Members Show. While getting the work ready for the three shows, negotiating a couple of sales and dealing with the craziness of the holidays, I've managed to stay busy with the creation of new work. I'm hopping to finish a larger landscape in the next couple of weeks, which I'll be posting about its progress in the coming days. Another painting is in the works as well. 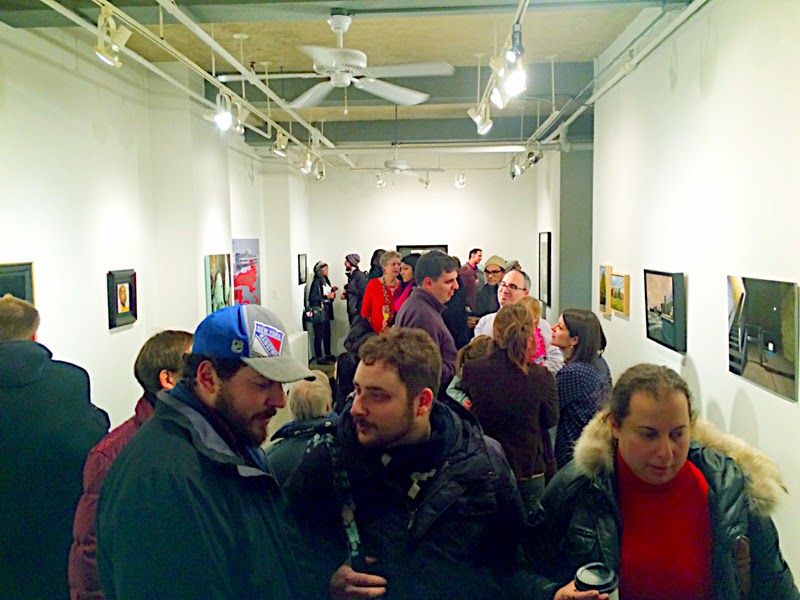 In the meantime I want to share some photos from opening night at Denise Bibro Fine Art. Exhibition runs until January 31st, so there's still some time to catch if you haven't had the time to do so yet. Denise Bibro Fine Art is located at 529 West 20th St 4W, NYC 10011.  If you have any questions contact the gallery at 212.647.7030 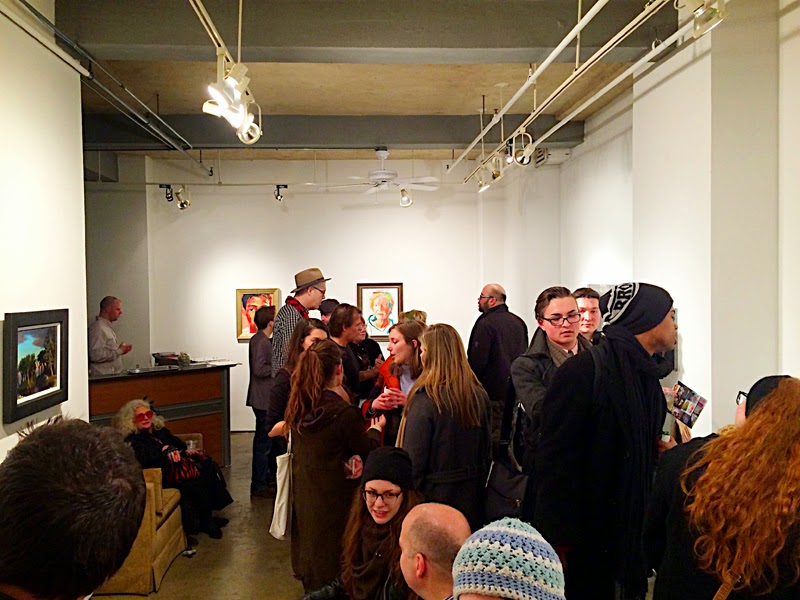 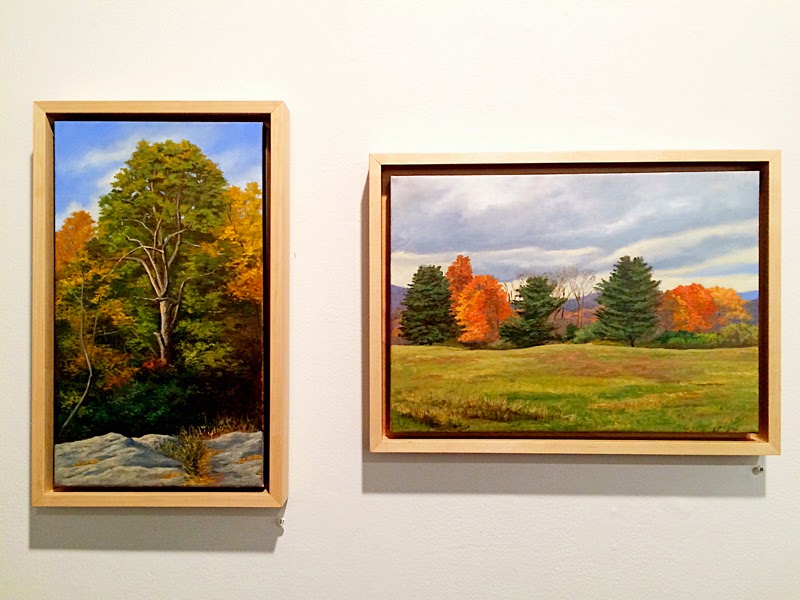 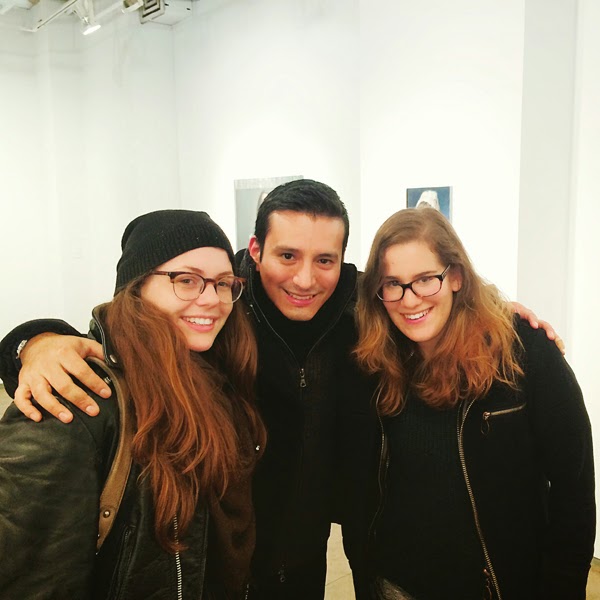 A quick thank you to all my family and friends who attended all three shows. Your support means a lot and your believe in me fuels my desire to keep pursuing my painting career.
Posted by Luis Colan at 11:32 PM No comments: Links to this post