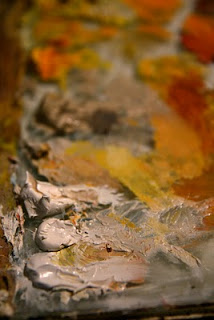 I've been spending the last month getting ready to move. The big day is this coming Tuesday, and it may take another couple of weeks after that before I can start working again in my new studio. Have a save and fun Memorial Day weekend and see you soon.
Posted by Luis Colan at 3:16 PM No comments: Links to this post 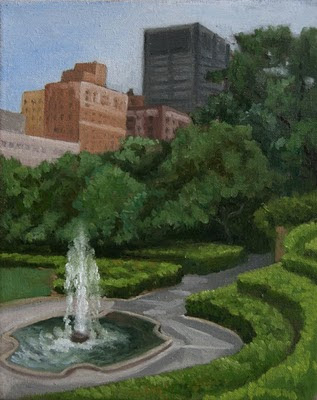 Conservatory Garden, 2010, oil on linen, 11 x 9 inches
These are two paintings I did in Central Park yesterday afternoon. I spent most of the day painting, trying to get back into the plein air groove. Not bad for a guy who hasn't painted outdoors since last summer.
Posted by Luis Colan at 4:11 PM No comments: Links to this post 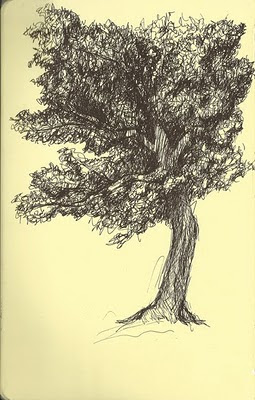 Leaning Tree, 2009, ball point pen in moleskine sketchbook
I once drew a tree on a bus ride from Connecticut to New York. This tree was an imaginary tree, it was something that came to my head on that boring and bumpy ride. I wanted to see how well I could capture images from my head. That tree sparked a series of other imaginary trees in my sketchbook. The one above turned out to be a bit more scary than I wanted, but I do like how it feels like it's moving. 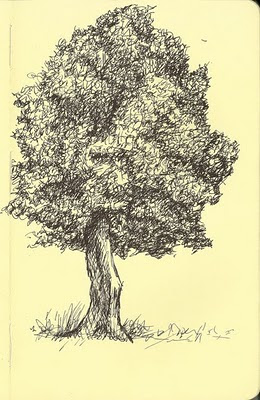 Tree II, 2009, ball point pen in moleskine sketchbook
This tree reminds of the fairy tale kind, it almost seems too perfect and static. Not so sure where I was going with this one but it exist in my sketchbook. 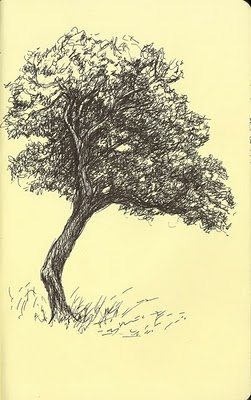 Tree III, 2010, ball point pen in moleskine sketchbook
This tree was not done completely from imagination. When I was out jogging in Astoria park one night, a tree caught my eye. I studied it while I was stretching, as it leaned towards the running track. It's delicate curve and downward movement attracted me to it. 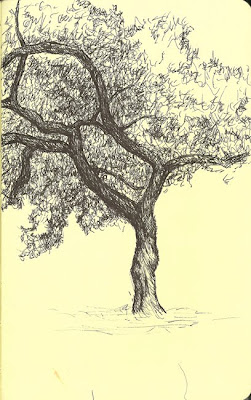 Union Square Tree, 2010, ball point pen in moleskine sketchbook
I know that trees in real life are more complex than the ones I have been drawing. Their shapes are more delicate and more alive. New York might be a concrete jungle, but through out the city beautiful trees can be seen in parks and residential streets. The one above is from Union Square Park, a busy area with college students, merchants, artists, street performers and tourists.
Posted by Luis Colan at 9:52 PM No comments: Links to this post 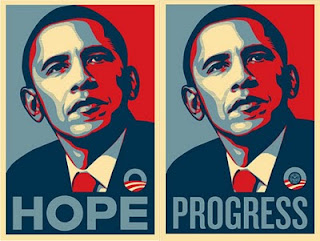 Shepard Fairey, the man who brought you this now iconic and historic poster of President Obama, is having a one man show at Deitch Projects tonight. 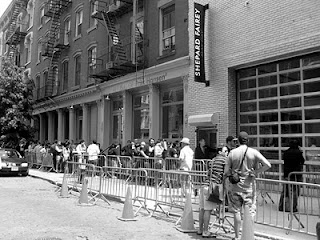 Unlike any opening some of us are used to seeing, Deitch has the artist signing special edition posters during the day. People came out in masses today in Soho for this special occasion. 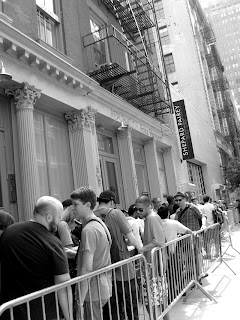 To the luck of these people, the sun was out and heat of spring was not too bad for a little waiting in line. 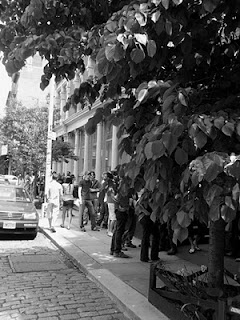 The line young crowd, most in their twenties, wrapped around the corner of Wooster and Grand streets. 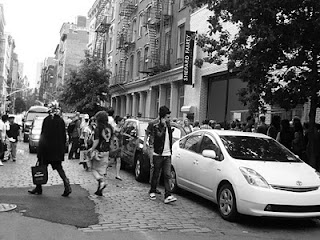 At some point in the afternoon things got a little too crazy, the number of people attending the show was so large that the party spilled on to the street. 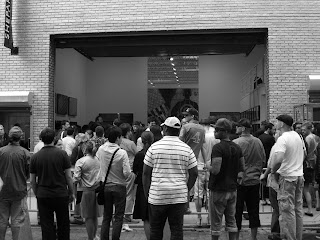 Many were not able to get in and were forced to see the show from afar in the street or even worse, from across the street. 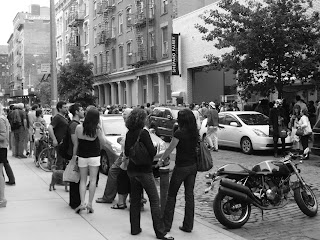 Below is a video of Mr. Fairey at work.