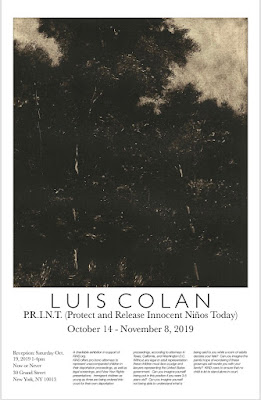 P.R.I.N.T. (Protect and Release Innocent Niños Today) has been running for two weeks and has two more to go.  If you are in NYC stop by Now or Never at 30 Grand Street to see the exhibition.  Below are some photos of installation day. 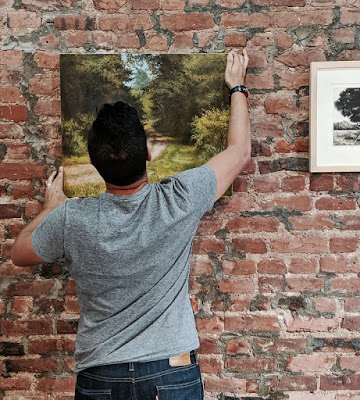 Installing "Asheville Trail," an oil painting from 2010 which has been purchased and will be going to a good home. 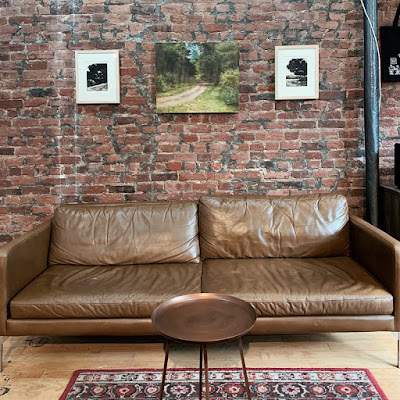 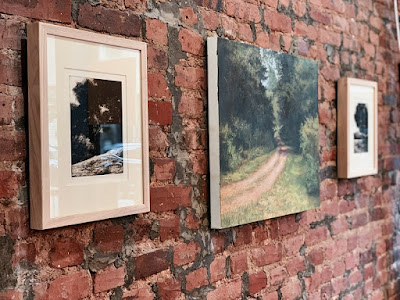 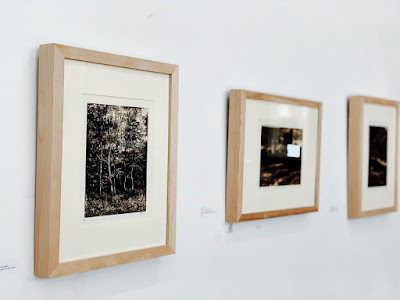 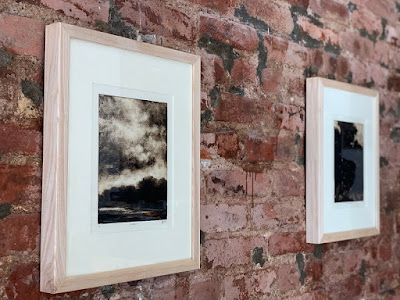 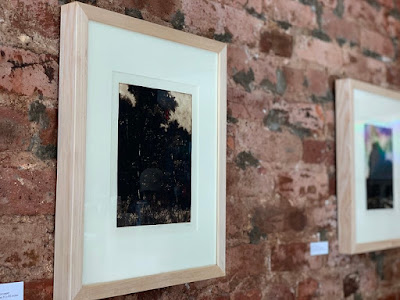 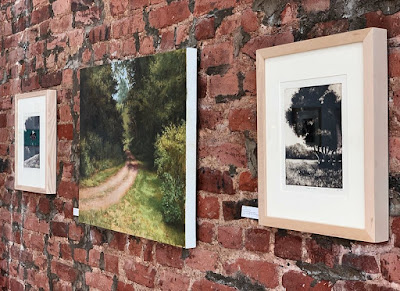 Thank you to those who came out on Saturday Oct. 19 for the reception.  All proceeds from this exhibition will be donated to KiND (Kids in Need of Defense), I hope I can count on you to donate here: https://donate.supportkind.org/fundraiser/2318287 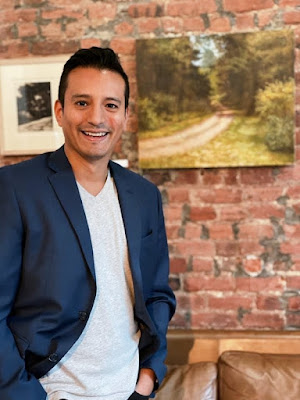 Posted by Luis Colan at 2:49 PM No comments: Links to this post 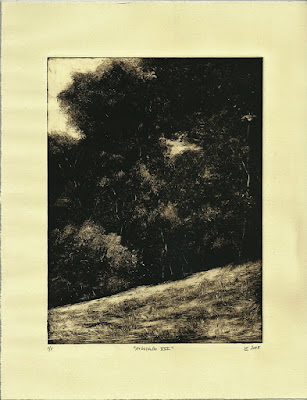 “Terrible things are happening outside.  At any time of  night and day, poor helpless people are being dragged out of their homes…Families are torn apart: men, women, an children are separated.  Children come home from school to find their parents have disappeared.”
Anne Frank 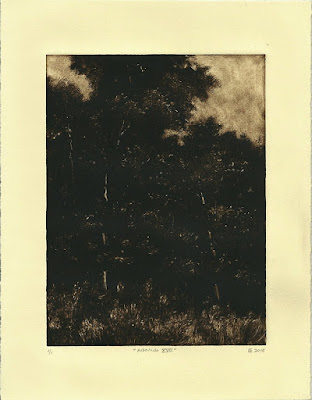 What happens to the children who have been separated from their families at the border or because of immigration raids? Where do the babies go? Who rocks them to sleep at night? Who comforts the young child who’s only ever been tucked in by mom or dad? Who holds their hand when they’re afraid? 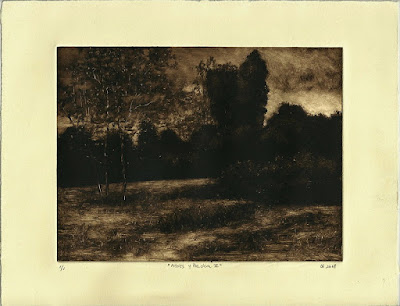 Over the recent months and years, the number of detained children in our country has skyrocketed and the US government is not doing its part in caring for even their most basic physical needs, let alone their emotional needs. Impossibly small children are being sent to court for their deportation proceedings without any legal or adult representation, where they must face a judge and lawyers representing the United States government. Can you imagine yourself being put in this position if you were five years old?  Can you imagine yourself not being able to understand where you are or what is being said to you while a room of adults decides your fate? Can you imagine the painful hope of wondering if these grownups will reunite you with your family? 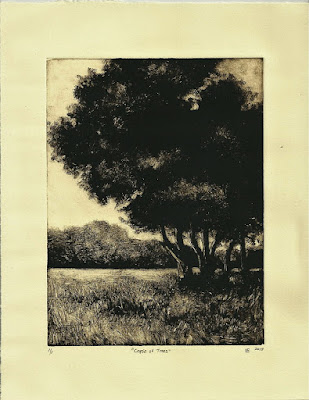 I believe we can all find ways to contribute in coming to the aide of the youngest victims of this national atrocity. I have set up a fundraising page with KiND in conjunction with P.R.I.N.T. (Protect and Release Innocent Niños Today): A Monotype Print Exhibition. KiND (Kids in Need of Defense) provides pro bono attorneys to represent unaccompanied children in their deportation proceedings, as well as legal screenings, and Know Your Rights presentations.  KiND vows to ensure that no child is let to stand alone in court. 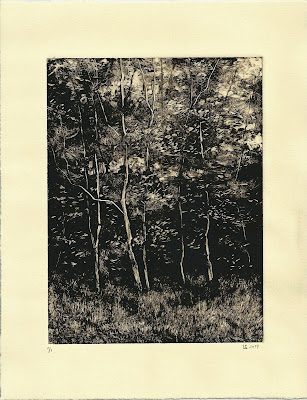 The exhibition will be held at Now or Never Coffee and will offer eight of my framed monotypes. All proceeds from this show will be donated to KiND. Additional unframed monotypes will be available at the reception only.
If you are not able to attend, please consider donating through this fundraising page. 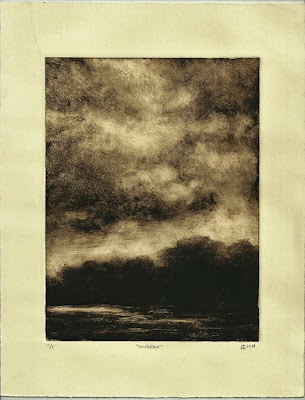 Some facts about detained children below:
In each of the past four years, 1,000 or more immigrant children who arrived at the southern U.S. border without their parents have reported being sexually abused while in government custody, according to federal records released. In a hearing by the House Judiciary Committee, Rep. Ted Deutch, D-Fla., said the government's 135 migrant shelters are "an unsafe environment…Together these documents detail an environment of systemic sexual assault by staff on unaccompanied children," he said.  (npr.org)
At least seven children are known to have died in immigration custody since last year, after almost a decade in which no child were reported to have died while in the custody of U.S. Customs and Border Protection. (NBC News)
“Already, we have seen the harmful effects of the cruel conditions that resulted from the Trump administration illegally holding children in overcrowded and unsanitary border patrol facilities without access to basic needs and care," said Katie Hamm, vice president for Early Childhood Policy at The Center for American Progress, a nonpartisan research and educational institute. "Removing legal protections for children will remove any protection or standard of care, resulting in potentially irreparable harm to their health and development.” (NBC News)
Immigrant children as young as 3 are being ordered into court for their own deportation proceedings, according to attorneys in Texas, California, and Washington DC. (USA Today) 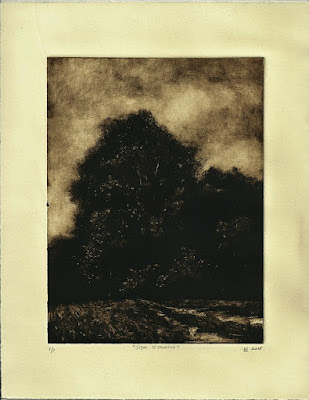 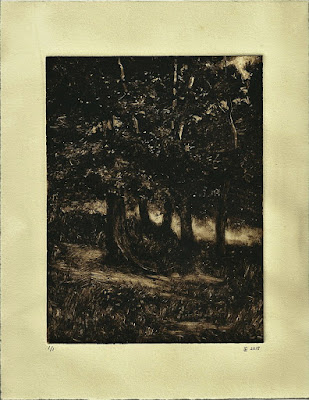 Thank you so much for your support... and please don't forget to forward page to any friends you think might be interested in donating!
Posted by Luis Colan at 12:19 PM No comments: Links to this post