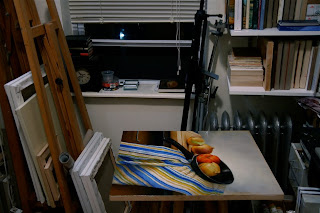 It was bugging me, I could not concentrate on anything for a day, and I was stressing even more when the conservator never called me back to give me a quote for removing the retouch varnish and re-varnishing my painting. I didn't want too much time to pass, and I was too impatient to wait to get this problem fixed later this week. When you want things done right and in time you have to do it yourself. I went back to the studio, set the painting flat on a stool and I proceeded by working in turpentine with clean paper towels. I was lucky that the varnish hadn't dried completely, and it reactivated with the solvent. 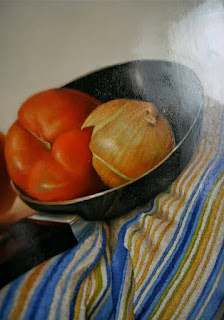 The excess varnish was being picked up by the paper towels, while at the same time leaving enough behind to keep the painting a bit glossy. One of he major problems in the first place was that the varnish had become thicker as the thinner in it evaporated from the bottle. This is what caused it to take longer to dry allowing it to create drips. 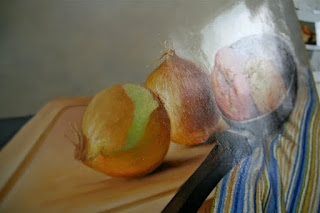 After removing the varnish I applied a new coat, this time it was thinned down with more turpentine, this made the varnish level out quicker and it also became more flexible, not leaving any brush marks behind. 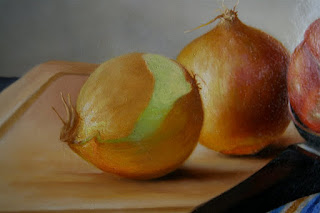 Another thing I discovered is that a good soft synthetic varnishing brush works a lot better than a natural hair soft brush. It didn't leave hairs or other strange debris behind. Now my painting is drip free and ready for showing, that's if I knew where to submit the painting. 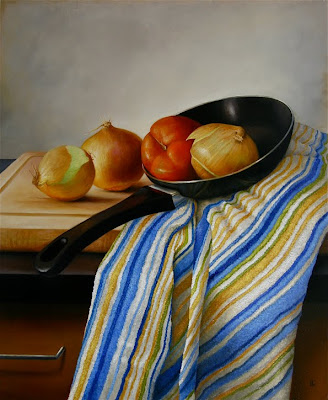 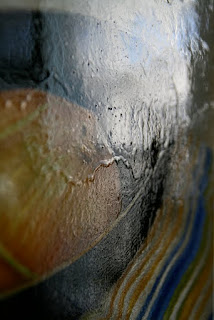 For years I have managed to dodge the bullet of varnishing nightmares, and every time I have to varnish a piece I do it very cautiously and with fear. A little bit of patience goes a long way too, and to my luck I have never had issues with dripping or uneven spots. I always tell people use a soft brush and you should be fine. 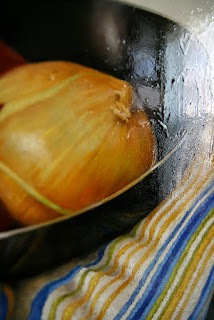 Unfortunately this was not my lucky day with varnish. Last night, for some reason I felt rushed to varnish a number of paintings and this morning as I walked into the studio I come across this dripping horror on my most cherished painting. I spent almost three years working on this still life and in one night I managed to ruin it. 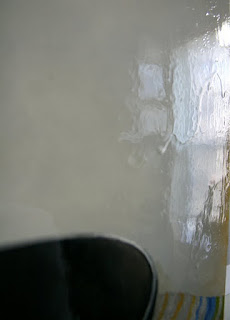 Varnishing paintings on panel can be tricky because they show more imperfections and brush strokes than a work on canvas. Knowing this I tried varnishing this painting flat. After noticing I had missed a few spots I added more varnish on top with a little turpentine to reactivate the first layer so that both layers could meld together and not look blotchy in the final outcome. I knew it was too much varnish but I felt that keeping the painting flat would level it out, and it did at first. Besides, I was using a retouch varnish which tends to dry thinner than damar varnish. 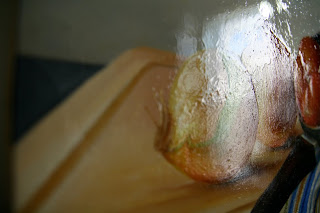 I didn't give the painting enough time to dry flat, I thought a few minutes for retouch varnish would be enough, and it usually is since this type of varnish dries to the touch very quickly. I hung the painting back in its spot in the studio, and overnight the varnish started coming down, like clear lava and wrapping it's drippy lumpiness on half of the painting! So what now? I called a conservator today, still waiting to get a call back with an estimate which I was told should not cost much. All I know is that I will not try to remove this varnish myself, I don't want to risk ruining my three years work more than I already have. Wish me luck yall, I will post pictures once I get this mess fixed!
Posted by Luis Colan at 3:56 PM No comments: Links to this post 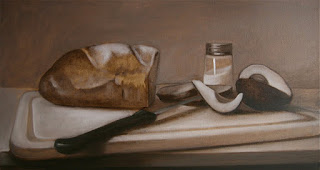 I have a number of paintings in progress in the studio, and as if I needed to add to my work load I decided that another painting for the new year would be a nice idea. This current piece I'm working on is slightly different for me. The format is more horizontal and the size is bigger than the usual 9 x12. The process is also a little different, I usually begin with a quick painted sketch using burnt sienna and burnt umber. This sketch tends to be loose, almost no hints of lights or darks, just quick simple lines implying the shape, mass and composition of the different elements in the painting. With this new still life I decided to do a more detailed grisaille using raw umber and white, something that would help me establish lights and darks from the start. The last time I tried this process was about a year ago, and the underpainting was not as developed as this current painting. I found out then that this process helped stay focused, and it seems like it helped me to create a stronger painting. 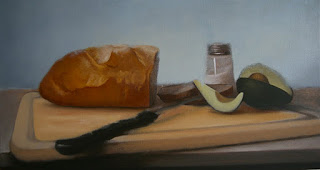 I have started adding color by applying some glazes and some direct painting. The most difficult part is getting the right color for the background, this always tends to be my downfall. I'm not sure if I'll keep it light blue, knowing me it'll change to a pale grey or white. So far things are going in the right direction, I'm keeping my fingers crossed for smooth sailing. More to come.
Posted by Luis Colan at 8:14 PM No comments: Links to this post