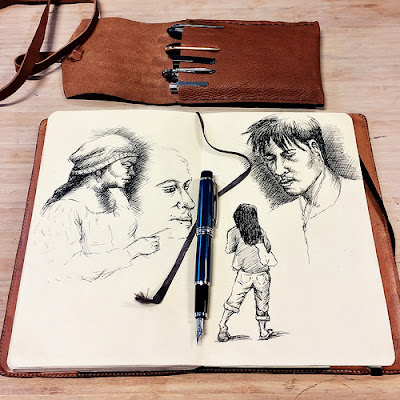 It's #inktober on the Gram and everyone is posting their ink drawings on a daily basis.  So I thought why not bring it to the blog world and do the second post of the last few pages of my Moleskine Sketchbook No.5.  During the weeks leading up to the Sugarlift event I began sketching subway riders as a way to prepare myself for it.  It was fun while it lasted, and also very frustrating. 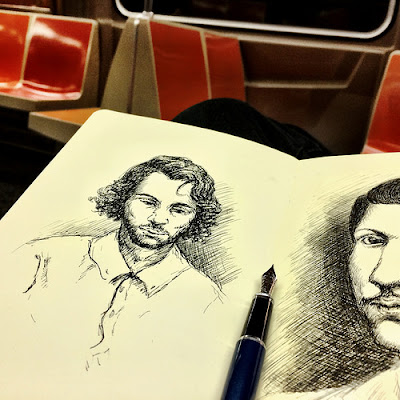 You think you have a perfect candidate to drawn and shortly after you begin the sketch they get up and leave.  This one I had to finish from memory, not bad I guess, but would have preferred for this guy to remain seated while I finished drawing him. 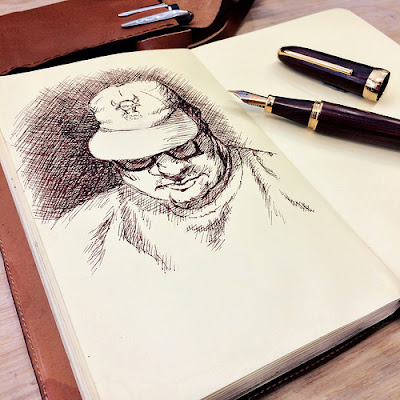 This guy remained in his seat long enough for me to get some of his feature but my gosh did he move around...a lot!  It's hard to capture fidgety people, and also it's hard to draw people while others are staring at you.  Sometimes it made me feel like a creep, forcing me to close my sketchbook to hide the proof that I have been watching someone else. 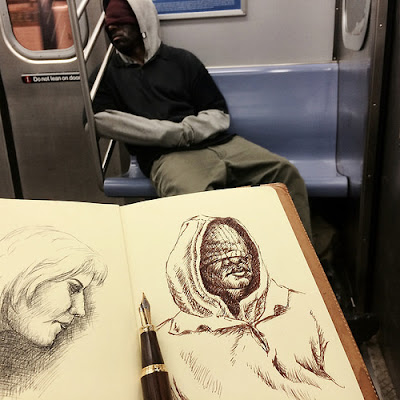 Then you have the "sleepers" which are the perfect catch, if only they also would stay still.  There are some who don't move while they sleep, then there are those who in their sleep swing from front to back and sideways, or like this guy, just changing their position every few minutes.  Even though he moved a lot it was good to have him in front of me as reference during my half hour train ride into work. 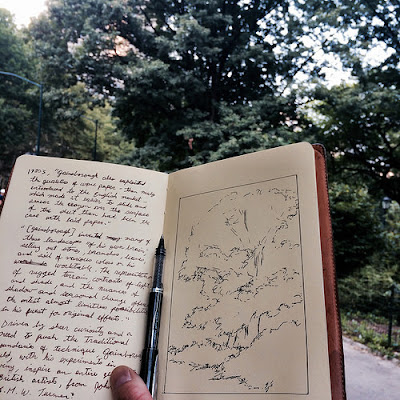 For one of the last few pages I went back to drawing trees.  I had free time one afternoon after work and I walked through Central Park, and while admiring runners I came across this tree and I couldn't resist the urge to draw it.  I only had time to get some of the outlines done before I had to leave, but it was enough to get something going. 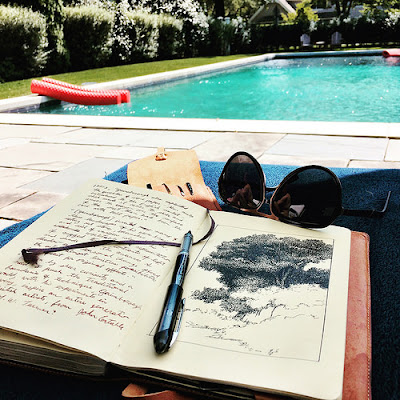 I finished that tree drawing from memory poolside at a friend's home in East Hampton...not a bad way to conclude my fifth Moleskine Sketchbook.
Posted by Luis Colan at 3:35 PM No comments: Links to this post