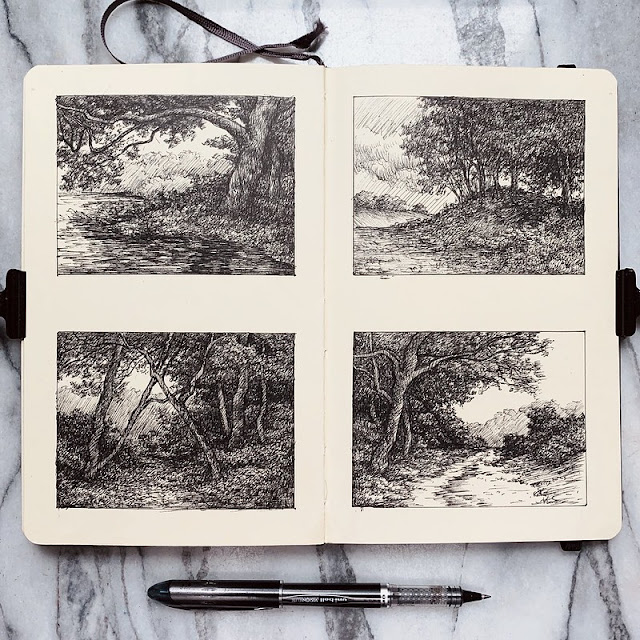 This is it, the last few pages of my Moleskine Sketchbook No. 6.  It's taken me almost two years to complete, which has become a standard amount of time but if it were up to me I would fill one a year.  I'm working on it, believe me! 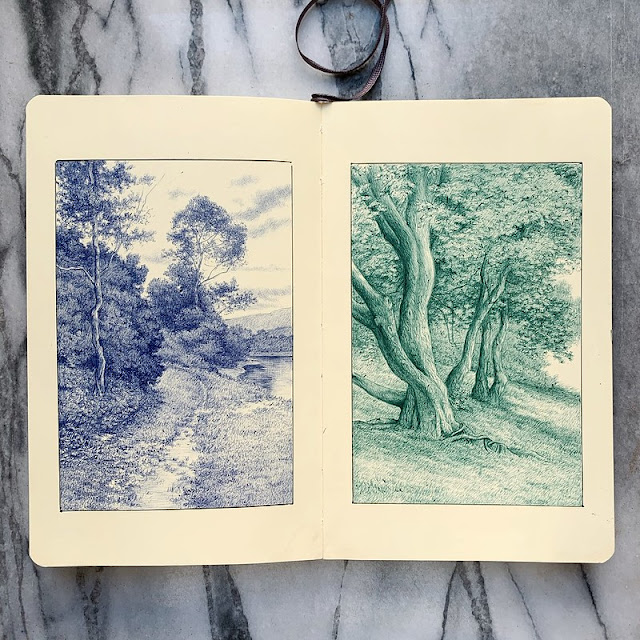 It is at this point in the book where I begin to experiment more with different pens.  Above I explore the use of blue ink further, but I also introduce green ink, which has taken some getting used to. Actually, I'm still not sure how I like this color...you will let me know would ya? 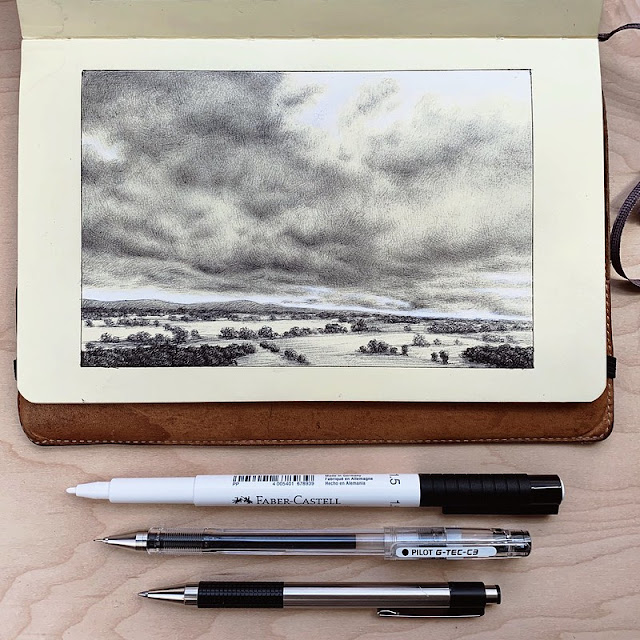 In the drawing above I brought in some white highlights in the sky by using Faber Castell's Pitt pen in white.  This pen is more of a fine tip marker, and the beauty about it is that it was designed to layer, the more you go over the more the white tones build up and become opaque.  I haven't seen this in other pens, usually white pens are a little weak, they are very hard to get a bright opaque white tone.  All I have to say is thank you thank you Faber! 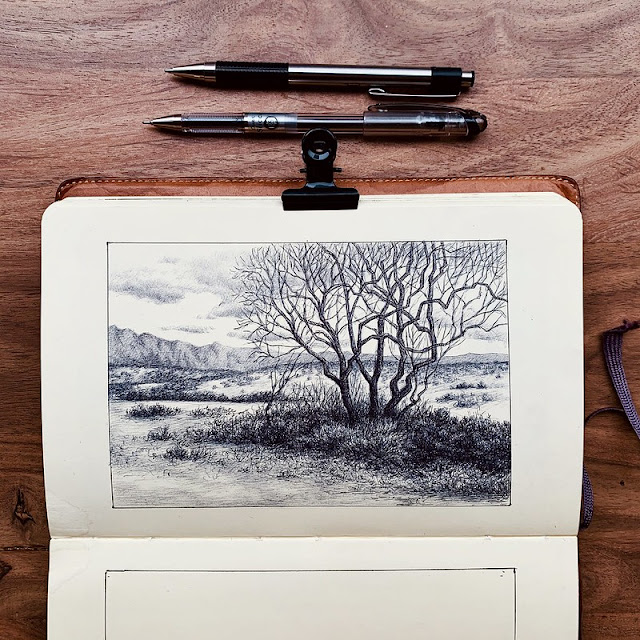 Here I continue to explore the value ranges I can achieve with a ball point pen and an extra fine gel pen.  I have used this combination in the past and I'm still not bored of it.  You know what they say, if it ain't broke, why fix it? 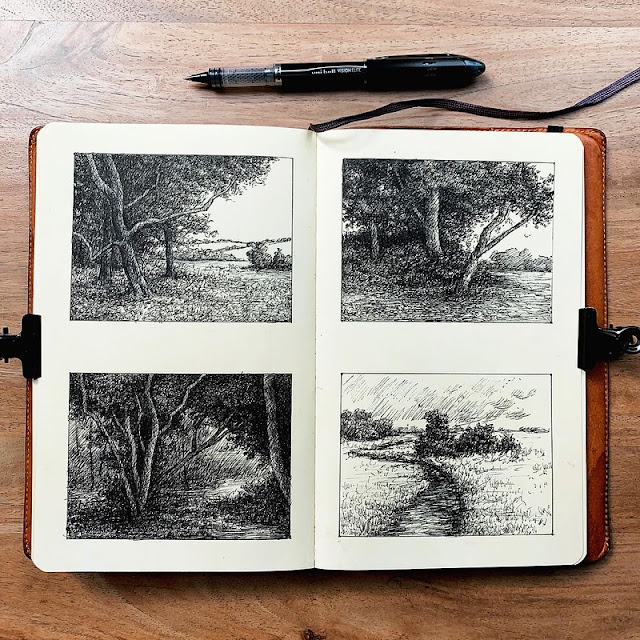 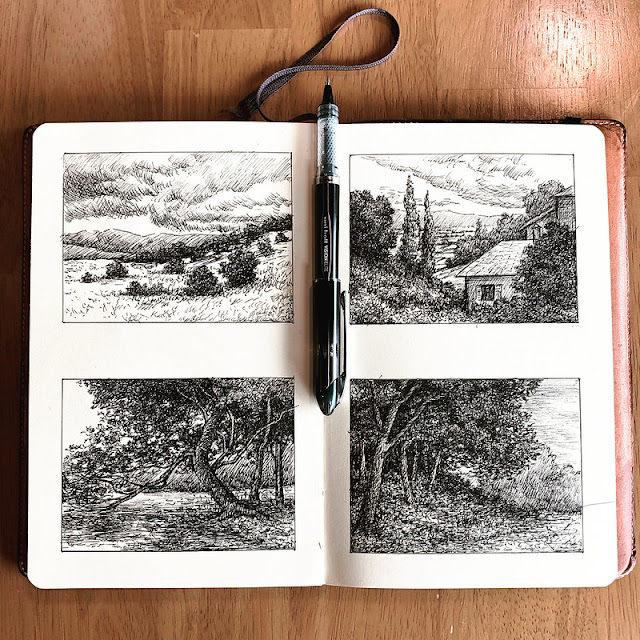 In the two images above I continue to explore compositions through the use of random lines.  I'm not sure if I covered this in a previous post, but the idea is that for me not to get used to the same compositional elements by having friends make a single random line anywhere in the thumbnail box.  The line doesn't necessarily have to be straight; it can be curved or triangular, or what ever it will be, as long as it is one continuous line.  From there I start building the sketches.  The last two pages were tough though, since my friends got a little too carried away with their lines and presented me with some difficult choices.  It took me three months, maybe a little longer, to get started on these after the lines were made.  Everytime I opened my book those lines would stare at me and I couldn't help but to feel defeated.  After staring at them for so long, almost on a daily basis, the light bulb in my head turned on and I got straight to work.  Once the first box was done, the other three came easier and faster. 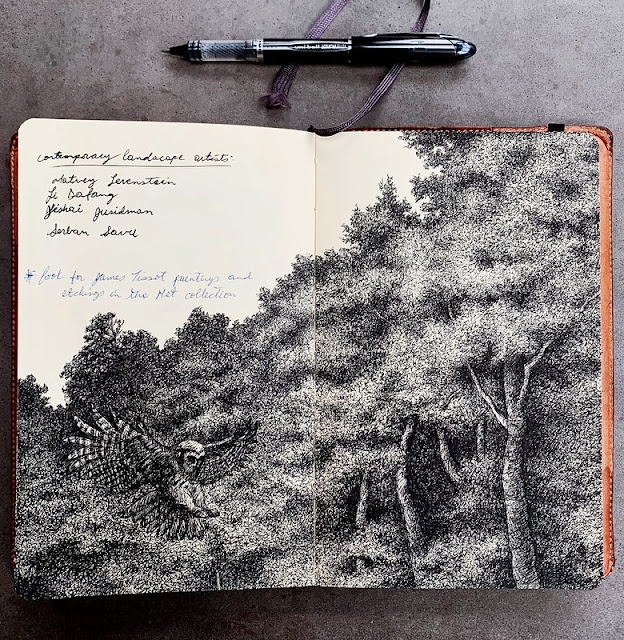 Another idea that had been in the back of my mind was to introduce life forms into the landscapes.  At that point the drawings become more of a narrative, which is not something I'm into, at least not at the moment.  I have been asked to include "woodland" creatures but I have always been cautious about it since I did not want these landscapes to become kitsch.  Once you introduce bears, deer, and other four legged creatures you run the risk of the image becoming sentimental, as opposed to a meditative feeling which I'm after in my work.  As I worked on this drawing though, I knew it needed something different, and before I knew it the flying owl was introduced.  I'm happy that it blends in with the texture of the foliage and that it works with the overall feel of the sketch.

After the completion of this sketchbook I created a "Sketchbook Tour" video which I will be posting on this blog very soon.  Stay tuned! 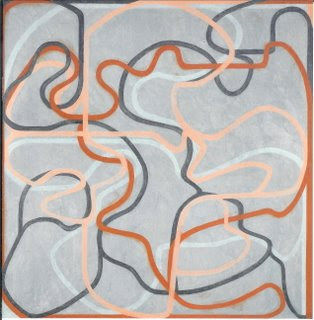 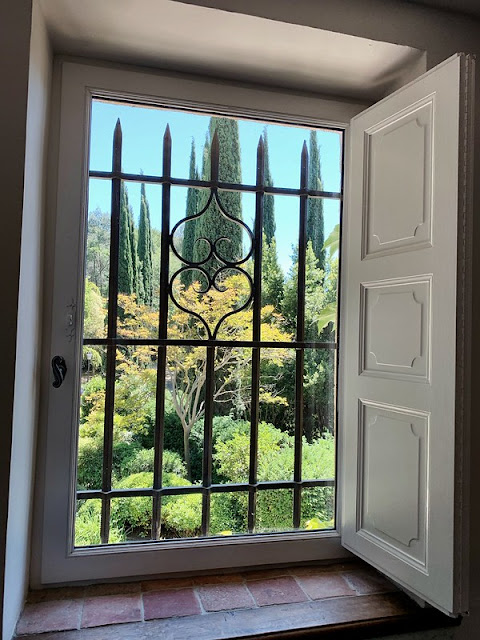 Join Me in Provence!