Back to the Print Shop 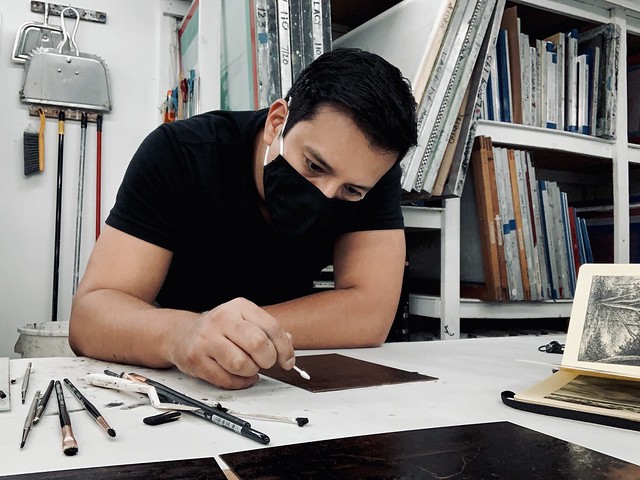 This year many things changed and many things were canceled.  COVID has made some of us rethink the way we live and the way we make art.  I've gone this year without being able to print due to lack of personal access to a press.  I would take advantage of the Salmagundi's monthly monotype parties but that has come to an end.  I also had access to the print shop at the Art Students League when I enrolled in an etching class at the beginning of 2020.  That has also come to and end until further notice. 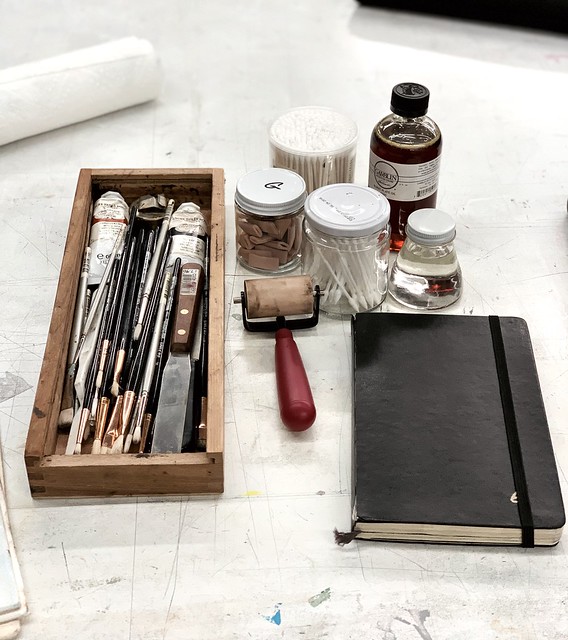 After some thought and much need to get prints done, I reached out to the Lower East Side Printshop and to my delight I could rent a press by the hour.  No need for membership, just show up, get some work done and pay up.  Without thinking twice I jumped on this new option and was back to printing earlier this week. 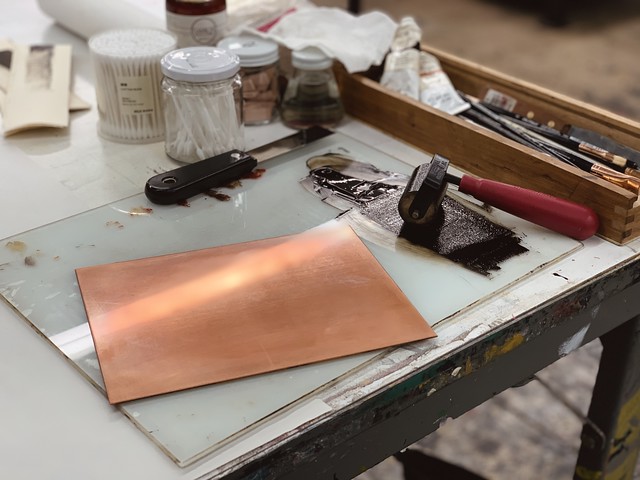 I've missed being in a print shop.  There's a specific smell in the air, very different from that of a painting studio, and although I'm not a master printmaker this felt like home.  I've missed the smell of etching ink and the squishy sound it makes when you roll a brayer over it to then apply it to the copper plate.  I've missed handling the copper plate itself, cold to the touch but full of warmth when you look at it. 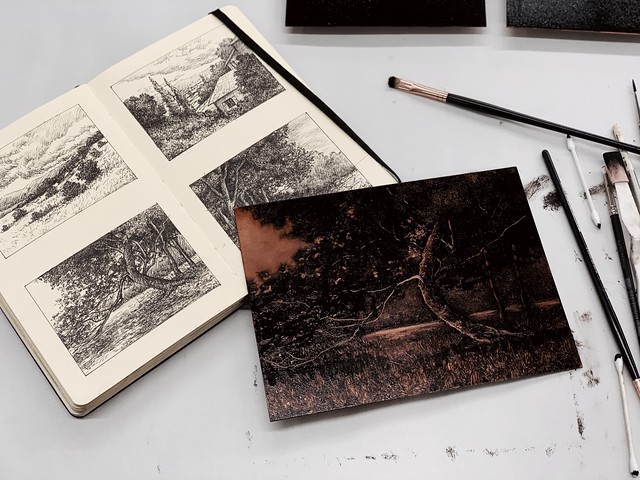 I've been away from the game for too long, I was a bit rusty while working on my first plate.  Things seemed more daunting and the fear of messing things up was more prevalent.  I had to talk to myself through it, "you got this, you've done this before, why are you over thinking this?" 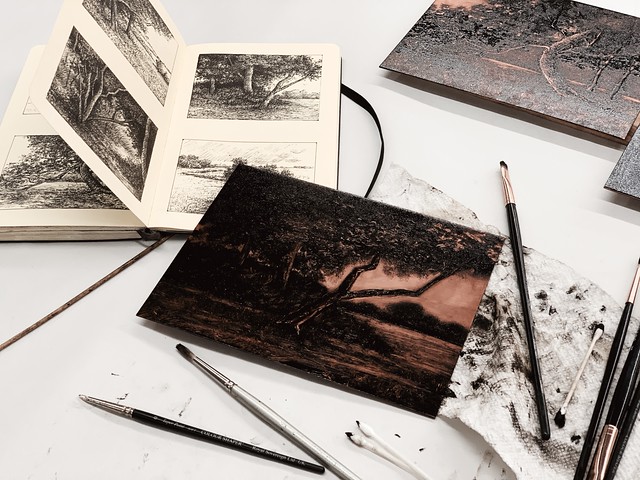 Second plate...things began to make sense again, I was not as uptight but I still felt unsure about things.  It's shocking that even in art, if you don't use a skill for some time you begin to loose it.  But the most important thing is that I'm back at work doing monotypes, and hopefully I can start printing some etchings too. 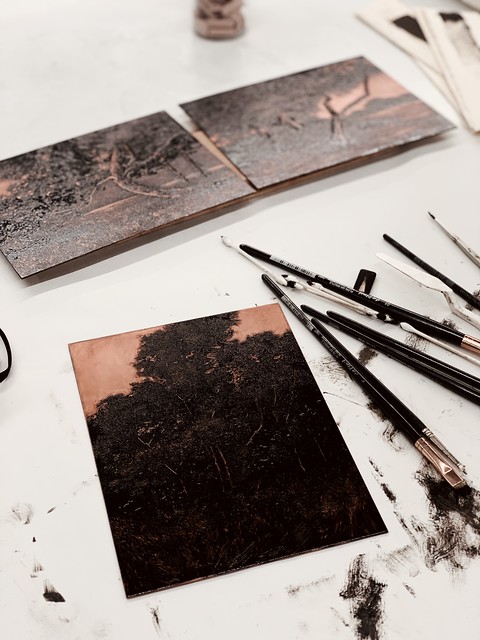 Third plate...this is how and when Stella got her groove back! LOL  I'm not sure when it happened but I adopted a method of working that for the first two plates I would work from my thumbnail sketches, and for the third plate I would just freestyle directly on the plate and see what happens.  These turn out to be the best monotypes I think.  They are spontaneous and free, I think my ease is transferred onto the image which makes it more appealing to look at. 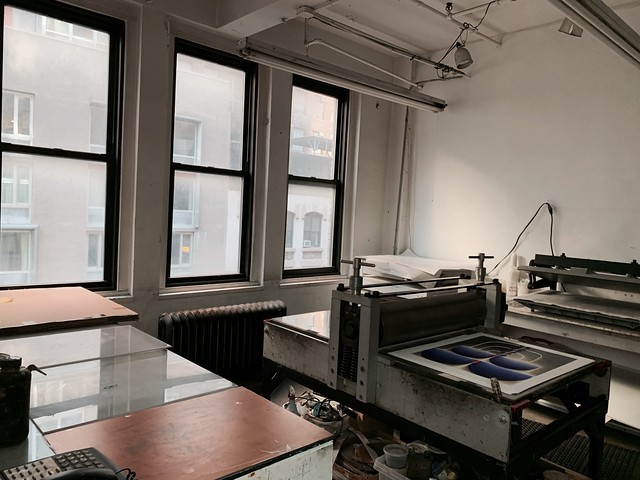 There is something beautiful about a printshop.  It's almost sacred like a temple, every object has a place and purpose, and every process and method is like a ritual.  I have great admiration for printmakers because their discipline requires a knowledge and practice that has been passed down through the centuries.  Anyone can be a painter these days, but a printmaker is another thing. 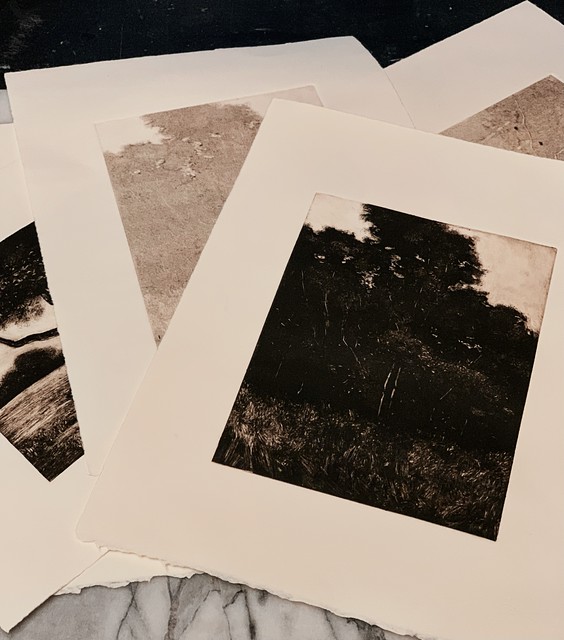 arianna said…
Aww, it's so nice to see (half of) your face! Gorgeous printwork. I'm so glad you've found somewhere that works for you.
10:29 AM 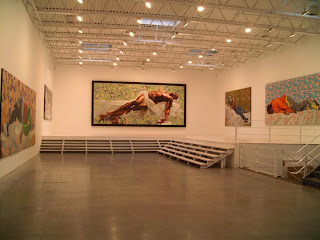 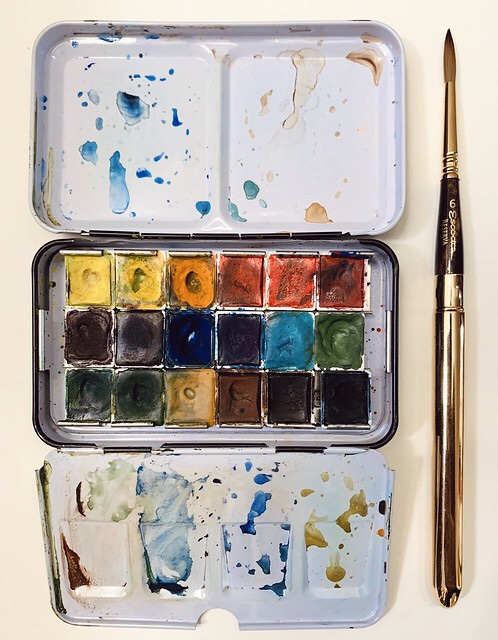